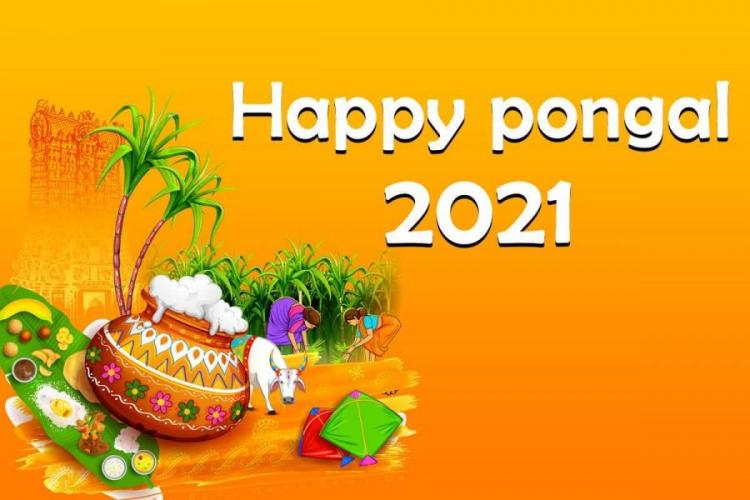 Thai Pongal is a four-day harvest festival in India celebrated in mid of January, this year from January 14 to January 17 - one of the most important religious festivals in south of India, especially for the Tamil people. Tamil people or Tamilans, are considered among the largest and oldest ethno-linguistic cultural groups of people in the world, who trace their ancestry and millennia old history to the south of India and to the Sri Lanka. Most Tamils are Hindus, but a sizeable number are Christians and Muslims. The festival celebrates the changing of the seasons, the yearly harvest as well as the end of monsoon season in the region for the year.

Thai Pongal - in the Tamil language தை பொங்கல் – is celebrated  in the India state of Tamil Nadu, the Indian Union Territory of Puducherry, Sri Lanka as well as worldwide where growing Tamilan diaspora may reside, including Malaysia, Mauritius, South Africa, USA, Singapore, Canada and Europe. Makara Sankranthi (Maghi in Punjab) corresponds to Thai Pongal, the winter harvest festival celebrated throughout India and Nepal. The word Thai in Thai Pongal name refers to the tenth month in the Tamil calendar, when the festival takes place.

The first day of the four day celebrations is called Bhogi Pongal, to honor Hindu deity Indra, responsible for clouds and the rain, dedicated to prosperity and end of the winter season. This day is celebrated with a large bonfire. The households throw items no longer needed into the fire – this accompanied by a ritual dance with songs by young girls. Families use this day to prepare for the second day of the festival, preparing ingredients for the traditional Pongal meal, i.e. rice, sugarcane and turmeric.

The second day is centered around the traditional meal called Pongal. The word Pongal is derived from the Tamil word Ponga, which means “to boil’ and Pongal which translates to “boiling over”, “spillover” or “overflowing” – all in reference to the important part of Pongal tradition which is boiling of the harvest rice and making it into a Pongal meal – as an offering to the Sun deity, Suraya. A sweet and/or mint flavor dish is made of rice, cardamom, jiggery (concentrate of dates, cane juice and palm sugar), raisins, green gram (mung bean) and cashew nuts. The dish is served on banana leaves. The turmeric prepared the previous day is tied around the pot of rice when it is symbolically offered to Sun deity.  This tradition is to give thanks to the deity for providing the solar ray energy for agriculture, and the gradual heating of the earth as sun travels northward toward the equinox. The spiritual meaning of the offering: we thank sun for burning self to save us. We thank plants for sacrificing their life for us. We thank all the creatures for helping us to live in this world.

The third day of Thai Pongal festival, called Mattu Pongal, is dedicated to the cows, which occupy a special place in Hindu religion and cultural tradition. The cow is considered a symbol of the divine bounty of earth and for many Hindu is considered a sacred animal. The cattle are adorned with beads, bells, corn, and garlands of flowers and worshiped by their owners and the local villagers and offered Pongal meal.

The last, fourth day of Thai Pongal is called Kannum Pongal. Families wash a turmeric leaf and then place it on the ground and cover it with the Pongal meal prepared in the previous days. They also include sugar cane and plantains (banana like fruits). This ritual is performed mainly by women. During this day sisters pray for the happiness and wellbeing of their brothers.

During the Thai month, people are thankful for the abundant harvest and often plan for weddings, because the end of the harvest is usually associated with plenty of food, allowing them to throw a large wedding party.

Blessed, Happy and fulfilling Pongal&Makara Sankranthi to you and your family.