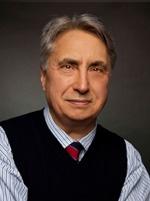 He established Badmaev Natural Drug Foundation in 1984 and American Medical Holdings Inc. in 2009 at Staten Island, NY to develop nutritional supplements, functional foods and natural pharma products. He currently serves as a President of American Medical Holdings Inc. (AMH) www.badmaevtradition.com . Dr. Badmaev's lifelong goal and work is to firmly establish Indo- Tibetan and Chinese medicine as a permanent element in the health care education and health care system in the West. He proposed the integration of traditional knowledge of a botanical formula with science-derived pharmacology referred to as the Interactive Nutrients process.

Dr. Badmaev is the author and co-author of over 70 scientific and popular scientific articles, 13 books, 13 US and International patents and nine successful IND applications with the FDA.

Dr. Badmaev published a book about Tibetan medicine titled, “Healing Herbs” describing efforts of five generations of physicians in his family in bringing Tibetan medicine and the derived pharmaceutical products to the West. In 1999 he contributed a chapter on Tibetan medicine in Wayne Jonas’s and Jeffrey Levine’s textbook for medical students and health professionals titled, “Essentials of Alternative and Complementary Medicine” – published by Williams&Wilkins and Lippincott (Amazon.com). In 2009 Dr. Badmaev contributed a chapter about curcuminoids in Raymond Cooper’s and Fredi Kronenberg’s book for health professionals titled, “Botanical Medicine: From Bench to Bedside” (Amazon.com). Dr. Badmaev has participated in the following Medical/Scientific Societies: International Society of Immunopharmacology (1982), American Association of Clinical Pathologists (1983), American Medical Association (1984), Research and Development Council of New Jersey (1996).

* These statements have not been evaluated by the FDA. This product is not intended to diagnose, treat, cure or prevent any disease.